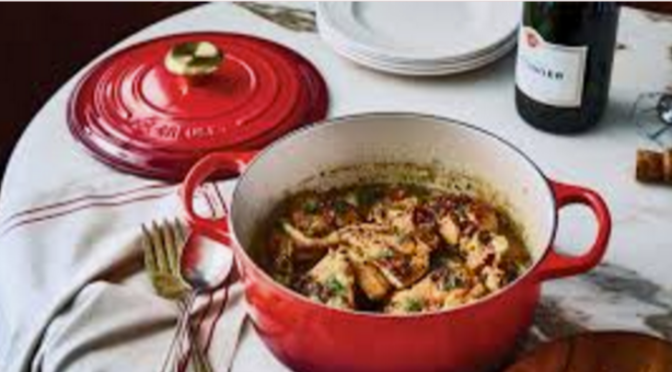 You’ll find great looking , high quality, and original apparel like sweatshirts, joggers, leggings, and even socks! Also fun and practical accessories for your iPhone, shopping tote and of course we have a cloth face mask and even a fanny pack! Wear your patriotic colors with style and class, give them as gifts for your francophile friends. Check the store for new product listings here.

Wear your French patriotic colors from head to toe!

Our top 3 best- selling selection of French Educational Board Games for all ages just in time for the holidays to put in the Chaussons or under the Sapin de Noel. These games will help you brush up on your French language skills or help you pick up some the language while you’re having fun with the whole family.

Winner of the “ToyTalk Best Board and Card Game of the Year”, has turned learning a language into a game. Players make sentences and learn words in French to score points. The longer the sentence and the more words you learn, the faster you can power your car around the special “Race to Paris” game board.

Compete, race and overtake – KLOO makes learning a language fast, easy and a lot of fun. But there is no need to be a language expert – you can start playing KLOO as an absolute beginner – just be ready for how fast you pick up the language!

Discover France perfect as a present or stocking filler. Do you know crêpe from croque?! A fun and educational picture quiz featuring French food, landmarks, animals, phrases and more.

You can play it like a quiz with your family (reading aloud the clues and guessing the answer), or use them like flashcards or a guide book to learn about France before you go. Play alone or with friends and family (age 8 plus).

Jeu des 7 Familles is a French card game that originated in the 19th century and is associated with the old English game, Happy Families. It is very similar to today’s Go Fish and Old Maid card games. It’s a fast-paced game that makes use of close observation and memory as you figure out which players have the cards you need while attempting to collect as many complete families as possible to win the game.

The game is ideal for 2-6 players and typically lasts around 20 minutes. It consists of 42 cards that are divided into seven different animal families. Each family has a grandfather, a grandmother, a mother, a father, a son and a daughter. After the cards have been dealt, the game is played much like the Go Fish card game for kids. Players take turns asking one another if others have cards belonging to an animal family they are trying to collect.

While playing the game or separately, kids and adults alike can leverage the French vocabulary lists that come with the game in order to practice naming the various objects represented on each card in the deck, like learning flash cards.

Start learning French and making memories with your family and friends!

Black Friday in the US is typically the day after Thanksgiving the last Thursday in November or Le Black Friday aka Vendredi Fou (Crazy Friday). This year with the Coronavirus Confinement Lockdown in France, we have compiled some Made in France online shopping ideas to get a head start on your holiday gifts. From Savon de Marseille, Rougie Confit of Duck to LU Chamonix orange- filled cookies you can find many popular French Products without leaving your couch at home! Thank you for using our Amazon links and we hope you enjoy our selections. Check out also our Ultimate French-Inspired Gift Guide!

Some nifty French finds here to get you started on your shopping spree:

” If you want to be original, be ready to be copied.” Coco Chanel

“Call My Agent!” aka Dix Pour Cent created by Fanny Herrero made its debut in 2015 on France 2 and quickly became a global sensation when it was picked up by Netflix. This is one of my favorite French Netflix Series.

For the last 3 seasons the team of tight-knit Parisian talent agents and their assistants at ASK Talent Agency have taken us along for the ride behind the scene as we get intimately and endearingly involved in their professional and private lives. We watch as they maneuver and work with their talents which just happen to be some of France’s biggest stars in the film industry such as: Cécile de France, Isabelle Huppert, Nathalie Baye, Line Renaud, Audrey Fleurot, Jean Dujardin, Isabelle Adjani and so many more.

A new long-awaited Call My Agent! aka 10 Pour Cent season was released October 21, 2020 in France and Netflix has renewed the show for a 4th  season which is expected to release soon sometime in 2020. To date, there are 6 episodes entitled: Charlotte, Franck, José, Sandrine, Sigourney, and Jean with our favorite cast members.

Sigourney Weaver is the first International actress who said oui without hesitation and without even reading the script. In a recent Variety interview she tells why she loves this series: “It’s a love letter to the business, to the relationships between actors, artists; it goes behind the scenes to show the problems of actors in dealing with different directors and mood scenes cosmetic surgery and all these situations that come up in a very humorous way that no other show does; it has a lot of affection for the business and for the job of being an agent. The agents in the series are very passionate about their clients. It’s very inspiring.”

In this new season Andréa will assume the role of ASK agency director and will hire a new senior talent manager from Star Media for the better or for the worst.

Get the popcorn ready for Season 4 of Call My Agent aka 10 Pour Cent!

It’s that time of year again, no matter what is going on cold weather season calls for Raclette! The French are crazy about their Raclette which is a semi-hard cheese usually fashioned into a wheel of about 6 kg (13 lb). Made of Alpine raw cow milk it is most commonly used for melting, but can also be consumed in thin slices on your cheese tray. You can find Raclette cheese as a seasonal items in your favorite US stores such as Trader Joe’s or Costco or even order it right here! Of course , Raclette is also known as a Swiss dish and very popular in Savoie (France). Raclette comes the French “racler” which means to scrape off the melted cheese.

It’s a good time time to have a raclette party at home!

Here is our selection of our top 3 raclette grill . We chose these items specifically to grill right on your table for a maximum of 8 guests, they are lightweight, safe, and highly ranked from top brands.

We like this set because of it’s oval convivial shape for your 8 guests with a Fondue pot bonus and cool touch handle bars.

This set is made of cast aluminum and is also oval shape with a faux wood base and 8 non-stick triangular shaped raclette dishes with finger guard.

This raclette set also serves 8 guests and the rectangular shape is a bit larger to grill on top.

Keep calm and eat a raclette! La Maison Rigaud founded in Paris in 1842 is one of the oldest perfumeries in the world. All of their products are manufactured in France or Made in France. Rigaud home fragrances are timeless, for example, the Cyprès candle – the first one created by Rigaud in 1960 – remains an international luxurious timeless and mythical benchmark in the world of scented candles today.

Cyprès or Cypres is a part of Rigaud’s Aromatic Fragrance Family which is reminiscent of the Mediterranean forests. Did you know that it was introduced to the White House by Jacqueline Kennedy in 1960? This is a blend of lavender, woody, crisp notes of pine needles, and the aroma of cedar wood. This fragrance is deceivingly mild-not at all overwhelming-but a lovely, elegant, fresh scent suitable for any room or occasion.

Other delightful scents and fragrances include: Cyprès, Vésuve, Bois Précieux, Gardénia, Reine de la Nuit, Cythère, Jardin d’Orient, Jasmin, Lilas, Rose, Tournesol, Lavande, Péché Mignon and Gourmandise. These natural fragrance essences were developed by renowned “noses” or “nez” in Grasse, the capital of perfume in the south of France. Each candle scent, just like a great perfume, is a true composition, with its top notes, middle notes or “heart,” and base notes .

Rigaud candles provide strong and consistent diffusion of the scent with an exceptionally long burning time – from 20 to over 100 hours (!) depending on the size of the candle. Rigaud wax and scents are formulated to sublimate the senses with a high concentration – between 10 and 12% – higher than in an eau de toilette. Each candle is hand-poured and inspected to insure a premium quality product. Rigaud candles burn evenly, without leaving any deposit on the glass and they do not tunnel, unlike hard wax candles.

Rigaud Paris candles, diffusers and room sprays are considered by many to be the finest, most elegant, and highest quality candles and room fragrances made in the world today.

As an Amazon Affiliate, French A L.A Carte Blog earns a small fee when you purchase on Amazon by using our link.