Paris Baguette is a French-inspired bakery chain from Korea founded in 1945 that first opened in Paris, France in 1988. This Korea based chain is owned by a group called SPC Group which operates a number of food and beverage brands in Korea. Today Paris Baguette has over 3,500 locations and franchises around the world including 45 locations in the U.S. from Los Angeles to New York with a new addition in the heart of Texas in the Dallas area since last summer.

I visited Paris Baguette at the Los Angeles location in Encino on Ventura Blvd and recently the Dallas location area in the Zion Market at the Lewisville Music City Mall. The bakery looks inviting with a terrace outside with umbrellas,  the inside bakery display and atmosphere are French-inspired with a fun self-service concept. Pick up a tray and a pair of tongs, make your selections and pay at the cashier. The products themselves look pretty good: croissants ( I tasted the almond croissant in L.A ), bread, baked goods, and perfect looking chiffon cakes are pleasantly displayed French style.

However, maybe it was a slow day on a Thursday afternoon 😉 at the newly opened Dallas area location, I was disappointed that the displays were not overflowing with tantalizing goodies and the selection was limited. (no almond croissants! no macarons! ) It definitively needed a fresh restocking.  On the other hand, there were a lot of pre-packaged bread and slices of cake and a few wrapped sandwiches like crab salad or breakfast croissant sandwiches. I’ll go back another day and update. 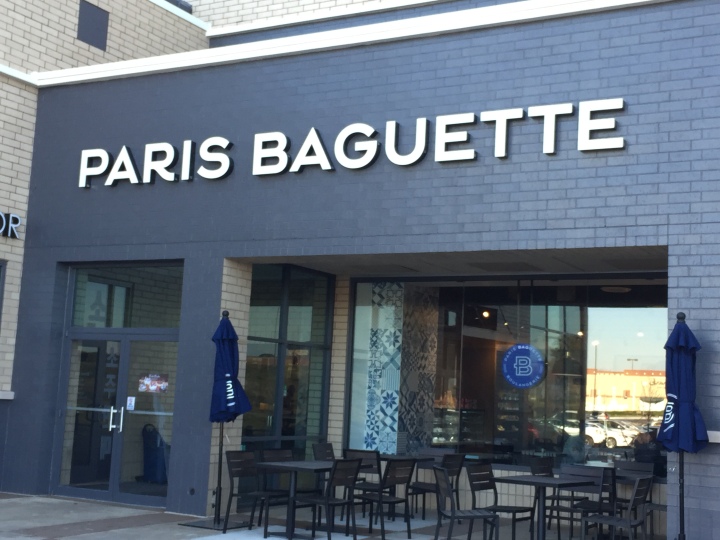 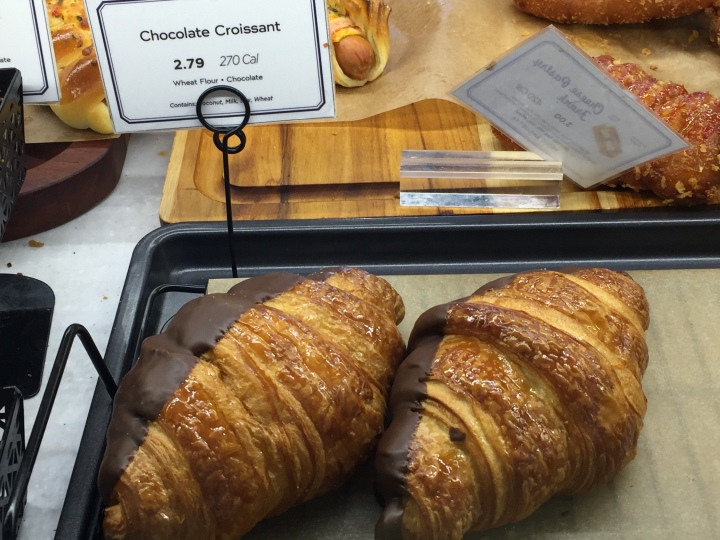 This is the Los Angeles location in Encino filled to the brim with goodies. My almond croissant was fresh, tasted good, flaky, with nice almond filling, loaded with almonds on top and a bit on the heavy bulky side, unlike the buttery light French croissants. 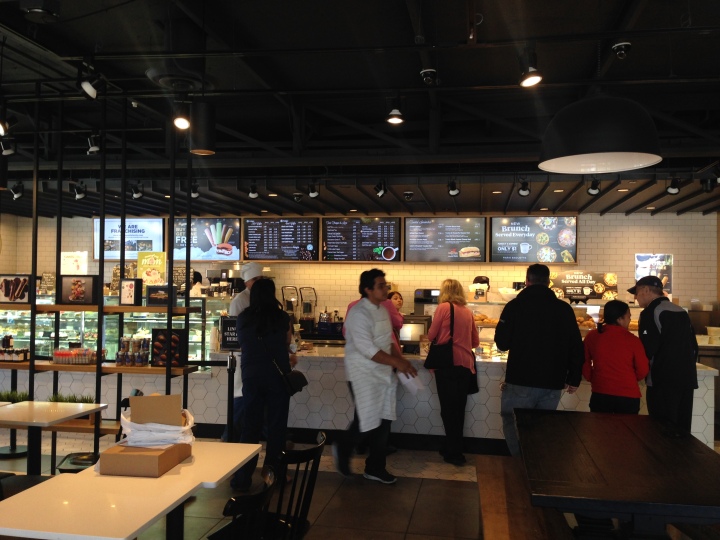 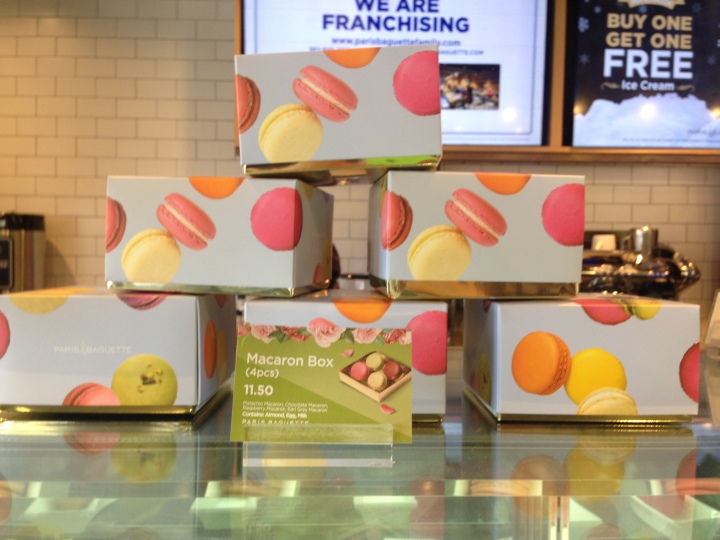 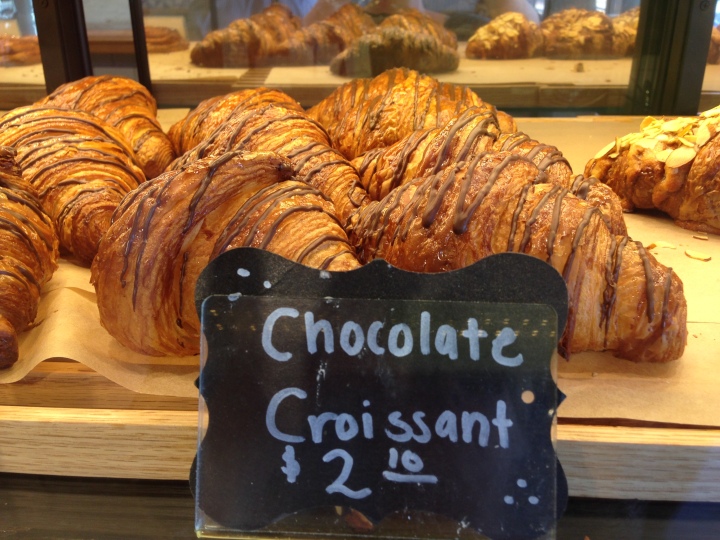 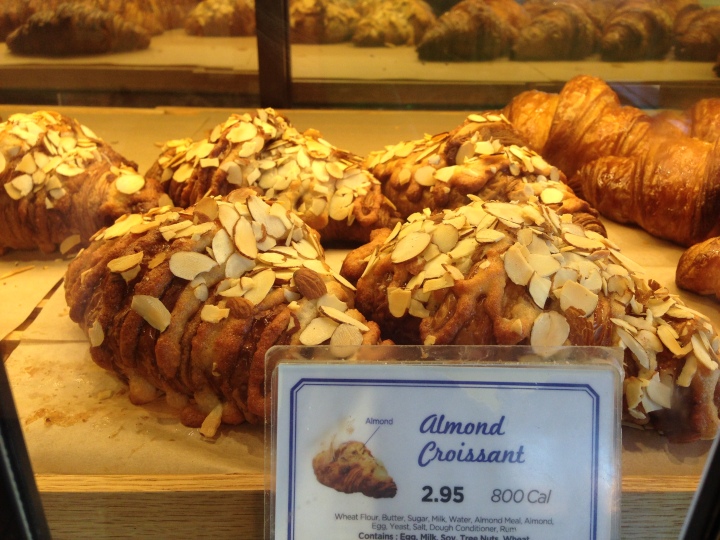 Till next time! Still have some tastings to do 🙂

One thought on “Paris Baguette”