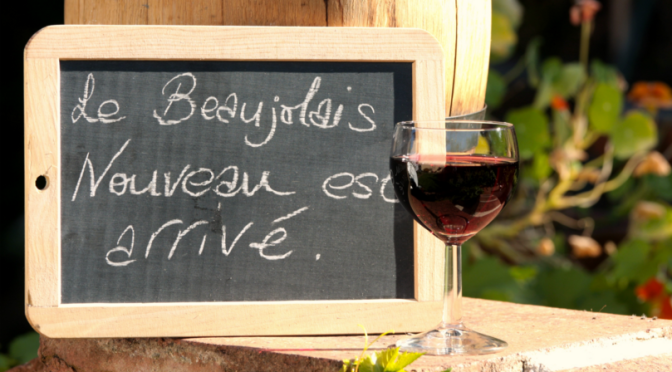 It’s that time of year again, Beaujolais Nouveau has arrived! The 3rd Thursday of November at exactly 12:01 AM marks the launch of the newly harvested wine the French call “Beaujolais Nouveau”  just in time to enjoy and celebrate with the  Thanksgiving meal! 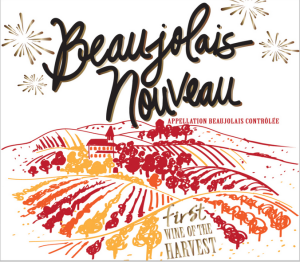 In the US, the most popular Beaujolais Nouveau is George Duboeuf! Georges Duboeuf and family is a premium producer of award-winning French wines from the Beaujolais and Mâconnais regions of Burgundy and the South of France. His company, Les Vins Georges Duboeuf, brings to the market wines renowned for their quality and value. They work closely with hundreds of small family winegrowers to procure the highest quality fruit throughout the region, as well as export many small Chateau and Estate-produced wines that would otherwise not be able to bring their wines to the US.  Les Vins Georges Duboeuf is imported by Quintessential Wines, based in Napa, California.

This year’s winner for the 2019 Annual George Dubeouf Beaujolais Nouveau Label Competition is Laura Runge a Texas-born artist from Dallas. 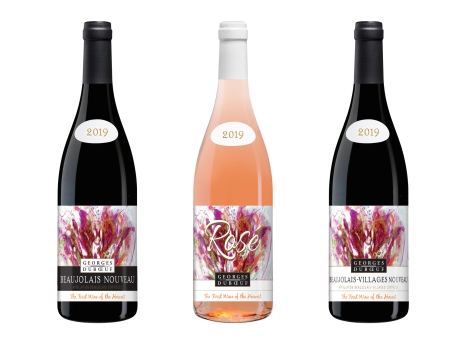 Beaujolais Nouveau is a fun unpretentious young wine bottled just 6-8 weeks after harvest to be enjoyed immediately and lightly chilled.  Made from the Gamay Noir à Jus Blanc grape known as Gamay from the Beaujolais AOC – Appellation d’Origine Contrôlée region, it is fresh, fruity and vibrant.  The tradition of Nouveau began when the winemakers and growers of the Beaujolais region celebrated the end of harvest with a young wine that was initially only produced for local consumption. 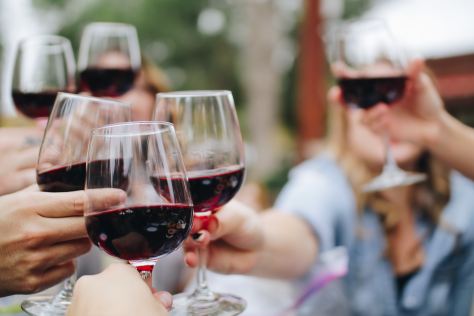 The Club Culinaire of French Cuisine is back once again and will hold its 32nd Annual Picnic des Chefs on Sunday, May 20th  from 11:30 AM -4:30 PM at beautiful Vasa Park in Agoura Hills at 2854 Triunfo Canyon Road in luscious 4 acres mountain green landscape.

This year we’ll be getting there earlier with the family to enjoy a sampling of the food, unlike last year I got so caught up in taking pictures of this event for my blog as it was one of my very first post!!! We enjoyed wonderful wine tasting from various vineyards, the big boys played pétanque and drank pastis while the kids spent the whole afternoon in the lifeguard supervised giant pool & slide. 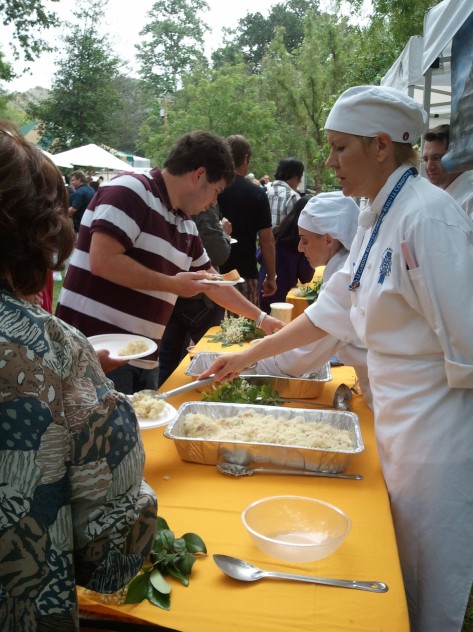 Chefs will cook up over 700 lb of meat, poultry and fish,500 lb of vegetables, 200 lb of cheese and 500 baguettes, 50 artisan breads and much more. Over 50 wineries will be pouring their favorite selections. take a look at the menu! 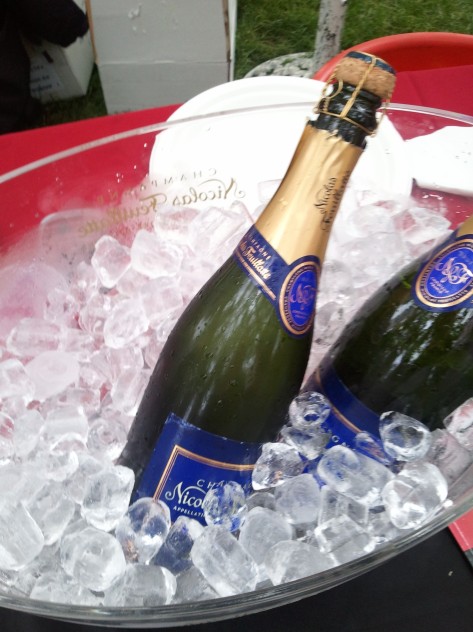 The event is extremely kid-friendly (including a moon bounce paradise, heated swimming pool with a giant water slide, rock climbing wall, drawing competition, and games). Adults can play pétanque, (win your weight wine), soccer, volleyball, and badminton. Raffle prizes include two roundtrip tickets to Tahiti or Paris on Air Tahiti Nui, a weekend at The Ritz Carlton Laguna Nigel, Porsche knives, gourmet dinners, and shopping certificates. Musical entertainment will be provided by a French DJ. There are tables under patio awning or you can also enjoy a picnic on the grass followed by a stroll in the park as you mingle with family, friends and make new friends.

Highlights of this event and proceeds will benefit the Concern Foundation and the HOPE Program at Children’s’ Hospital Los Angeles.

Order your tickets here and enter promo code picnic2012 for $10 discount on adult tickets ( $50/adults  $20/children 8 & up, FREE Children under 8)  and join Club Culinaire on Facebook for more succulent news! 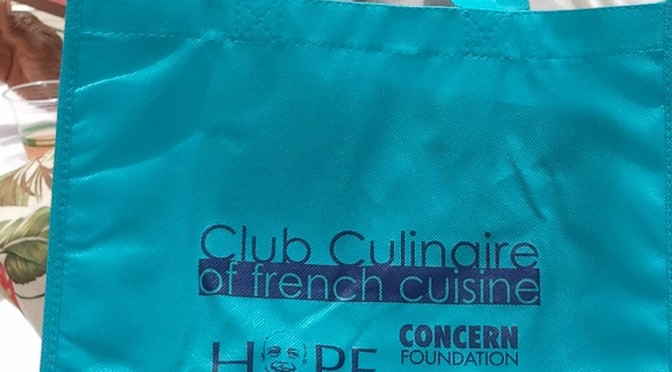 Hats off to the Club Culinaire of Southern California.  This was the 31st Annual Picnic des Chefs Fundraiser of regional French cooking held this last Saturday under the trees in a beautiful natural setting, a place called  Vasa Park in Agoura Hills. A snippet of the afternoon in a Photo-Reportage: 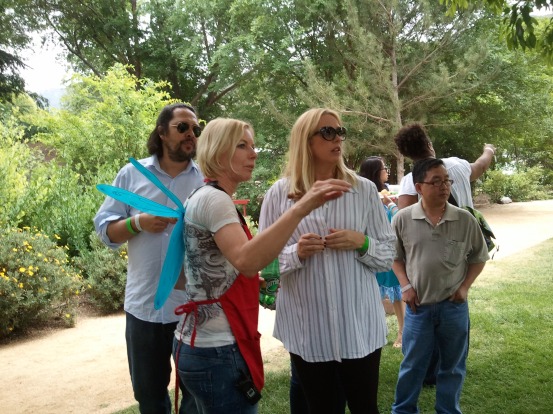 We were warmly greeted by Kora Kroep the event organizer and handed a blue Picnic bag containing all our picnic utensils to sample the regional French food either ” sur le pouce”, “à table” , or “sur l’herbe”.

Or under the giant tent entertained by a live band and a little dancing following the raffle of many worthy prizes including the big prize: Air Tahiti Nui two Round trip tickets to Paris or Tahiti fo the lucky winner!

There was something for everyone, a real family-oriented event. the big boys played Pétanque with Los Angeles Petanque Club

….not far from the “refreshment” station aka le bar sipping pastis.

While the littler kids headed for the giant slide in the supervised heated pool and other attractions around the park:  petting zoo, rock climbing, photo Ops, etc…

The ladies strolled down wine country after lunch sampling a variety of different French wines & champagnes from the many Picnic Wineries.

The menu choices were très alléchants but be forewarned and get there early next year to enjoy some of the best LA French chefs in LA. 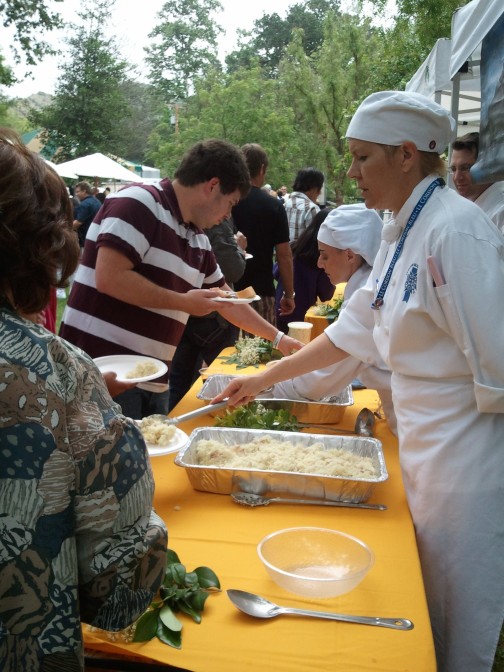 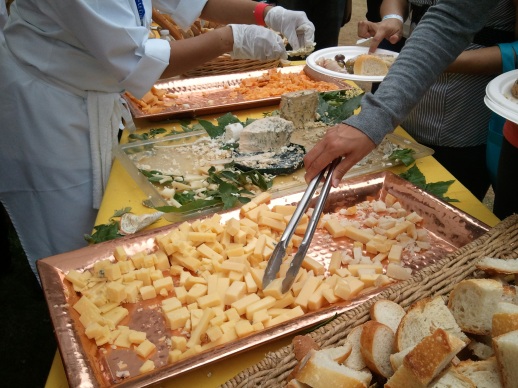 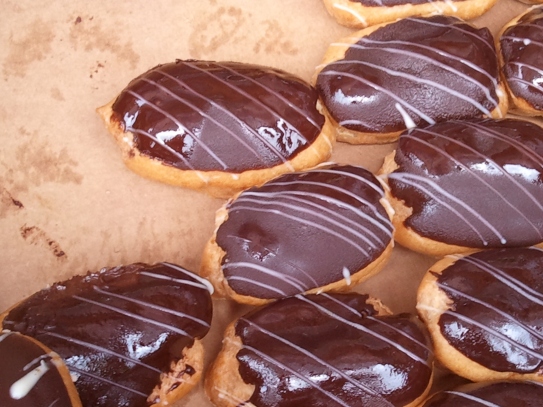 Nicolas Feuillatte Champagne (NY) also welcomed us warmly with a delightful sampling of bubbly which set the tone for the afternoon. 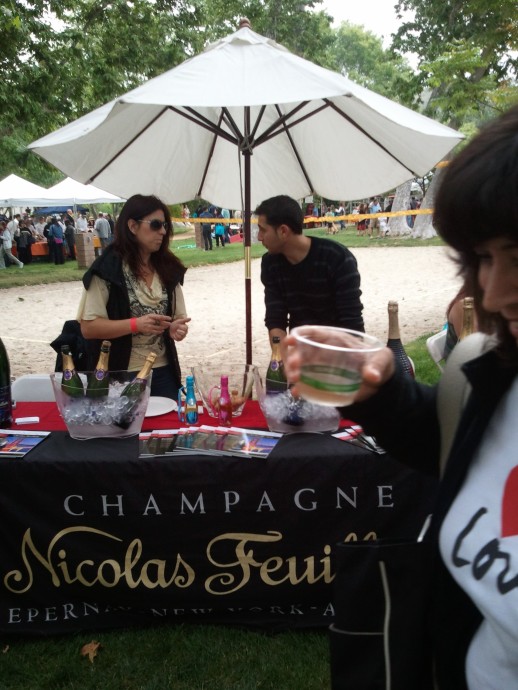 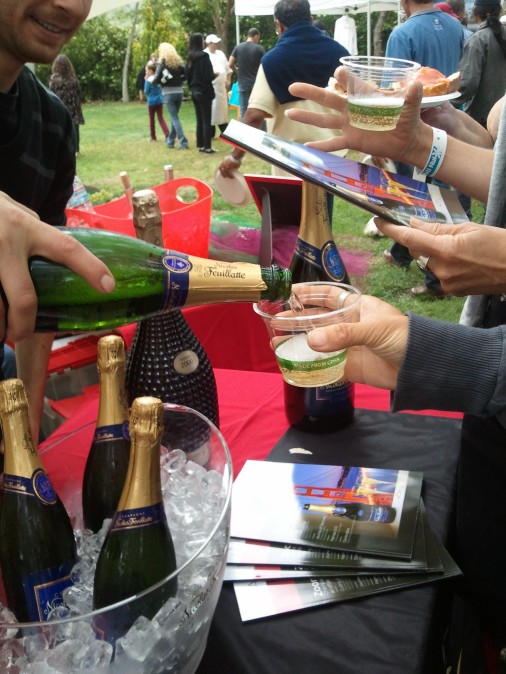 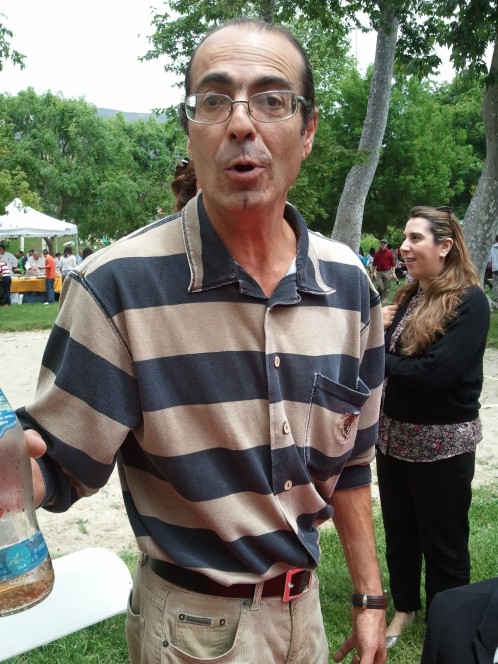 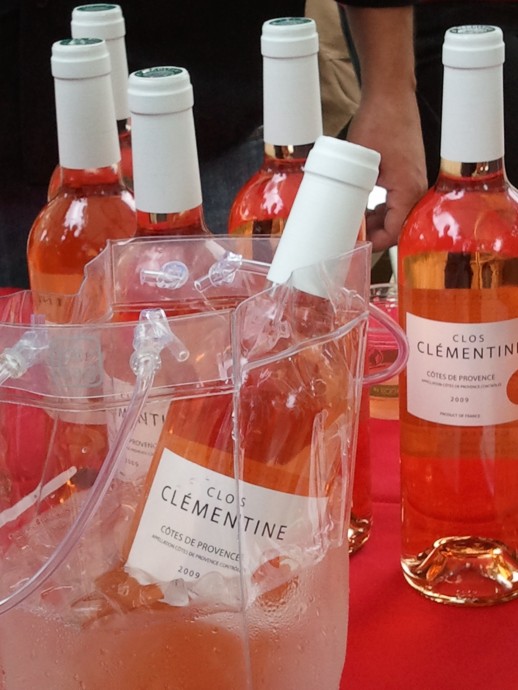 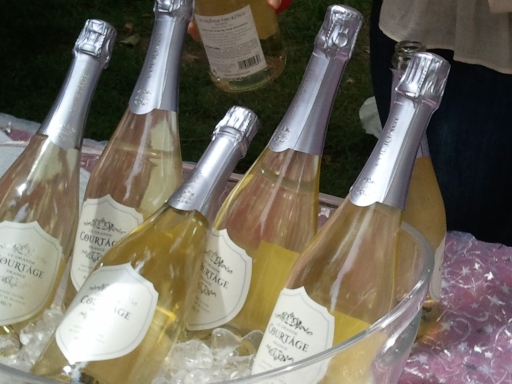 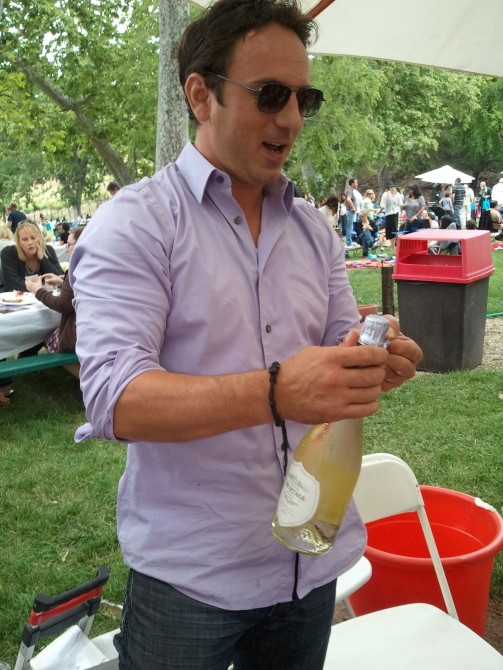 See you next year! A l’année prochaine!

French American aka @veryinspiredpro (most of the time :) blogger, author, and voice- over with a passion for inspiration and communication.